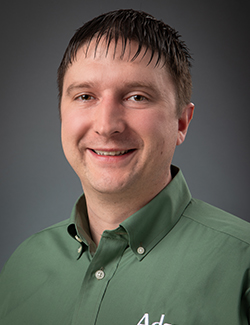 Originally from Lodi, Wisconsin, Chris graduated from PC Pro School in Madison where he also received several certifications. Chris began his IT career as an intern for a large, local company followed by three years in an IT position in Columbus, Ohio. After moving back to Wisconsin to be closer to family Chris then joined Adesys in the spring of 2014.

In the summer Chris enjoys playing softball, golfing, working out, hiking, and boating on Lake Wisconsin. In the winter he likes snowmobiling and skiing. Chris is a sports fan and always cheers on his Badgers, Packers, and Brewers.