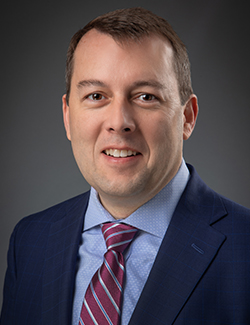 Jason Adamany is responsible for business strategy, business development, customer relations, retaining talented staff, vendor relations and the financial stability and success of Adesys. Jason started the company in 1997 after working for a Fortune 500 company for three years. Jason is a graduate of the University of Wisconsin Business School with a degree in Information Systems.

He and his wife Erin have lived in Fitchburg since 1999 and have a daughter, Ava, and a son, Michael. Jason enjoys spending time with his family, traveling and attending UW sporting events. Jason serves on the Board of Directors of Oak Bank and the Madison Symphony Orchestra. Jason recently finished five years of service on the Board of the Madison Club including one term as president of the club. In 2011 Jason was honored to be asked to Chair the Fitchburg New Economy Team (FNET), which was focused on cultivating the economic development vision and strategy for the City of Fitchburg. In addition, Jason served eight years on the Fitchburg Chamber Board of Directors and as president of the Chamber in 2006. In 2010 InBusiness Magazine named Jason as one of the Madison Area's 40 Under 40 Executives. Jason was honored to receive the 2011 Dane County Small Business of the Year Award on behalf of the dedicated team at Adesys.